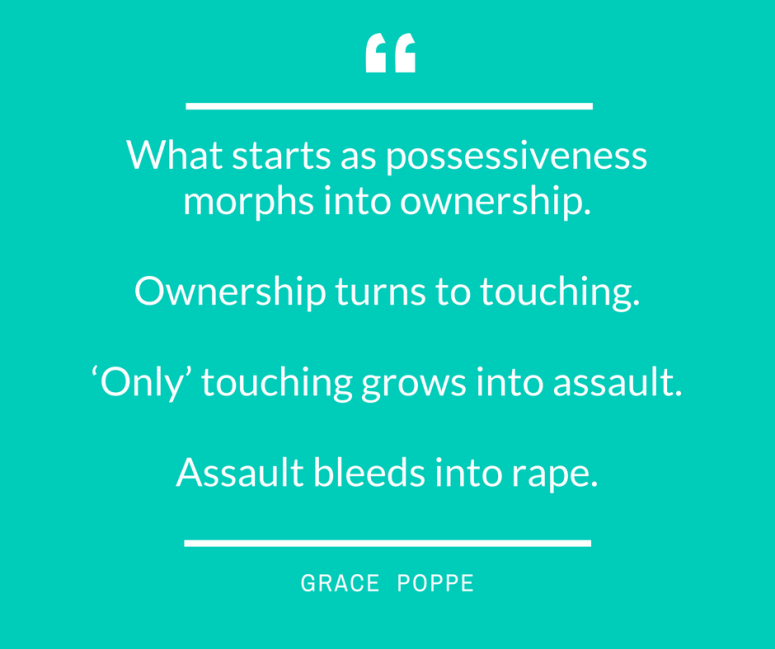 Due to the overwhelming amount of sexual assault stories surfacing in recent months, the media has cast a long overdue national spotlight on rape culture. Rape culture, defined as normalizing male violence and blaming victims of sexual assault, has always been embedded in larger power structures–but was first formally identified in the 1970s, and is still only now being recognized for the first time by many.

Several women have recently accused men from a wide variety of workplaces of assault, from news outlets to large corporations, from privileged high schools to the 2016 Republican President-elect–but in each case the common factor is clear: most accused individuals are male, typically white, in positions of power.

Donald Trump was recently accused of sexual assault or inappropriate touching by multiple women after the release of a tape of Trump degrading actress Arianne Zucker in 2005. In this recording, Trump did not just insult Zucker; he completely ignored the fact that she was a living human being. He privately made statements to former Access Hollywood host Billy Bush such as, “You know I’m automatically attracted to beautiful–I just start kissing them. It’s like a magnet. Just kiss. I don’t even wait. And when you’re a star they let you do it. You can do anything. Grab them by the p___. You can do anything.”

Immediately after these remarks, Trump greets Zucker in a friendly (yet creepy) manner, as if to hide the remarks that he made about her body–the remarks that seemed to deny Zucker’s body was connected to a human soul, brain, or person. These remarks, written off as “talk,” dehumanize women, reducing them to objects whose sole purpose is to provide sex to men. We’re hearing excuses on one side and the outrage on the other.

This summer, former Fox News host Andrea Tantaros filed a lawsuit against former Fox network chief Roger Ailes and host Bill O’Reilly for sexual assault. The network fired back that Tantaros was simply looking for attention. CNN.com states: “Fox News Co-President Bill Shine told Tantaros she needed ‘to let this one go,’ according to the lawsuit.” At least 20 other women have come forward with their own harassment stories about Ailes. He has denied all allegations.

In the same summer, Brock Turner, a college student from Oakwood, Ohio, was arrested for publicly sexually assaulting a woman behind a dumpster who was clearly not consenting. Along with the details of his horrendous assault that screamed only of privilege and unjustified intoxicated ownership, his swim scores were published. (As if that’s relevant.) Turner was released three months early from his six-month sentence.

In one of the most clear-cut cases of sexual assault, the survivor of this rape case was still blamed for her own actions and aggressively questioned about the night of the assault. In the meantime, Turner was given a shorter sentence than it takes most of us to go to the DMV to get our driver’s licenses renewed.

If all of these cases surfaced in just a few months, if many women are only able to come forward after their powerful assailants are already exposed, think about how many issues of sexual assault are covered up on a daily basis.

Jessica Leeds, the woman who recently claimed Donald Trump assaulted her in an airplane in 1978, explained to The New York Times that  “unwanted advances from men were routine throughout her time in business in the 1970s and early 80s. We accepted it for years,” she said. “We were told it was our fault.”

Still, many Americans justify the words and actions of the accused men who perpetuate the minimization of women, and by doing so, allow rape culture to blend seamlessly across home, work, and school environments–just as it always has.

The current First Lady of the United States, Michelle Obama spoke in October calling out degradation that women face on a daily basis.

“It’s that sick, sinking feeling you get when walking down the street minding your own business, and some guy yells out words over your body,” Mrs. Obama said of the pervading assault culture. “It’s that feeling of terror and violation that too many women have felt when someone has grabbed them and they’ve said no–but he didn’t listen.”

We may hear the most about rape culture when some of the most famous males in the country are publicly accused of assault, but what we don’t often highlight are the toxic words that are either behind current assault or building up to assault. It’s the words dressed up as harmless, the words that disguise themselves simply as accessories to the Boys’ Club. It’s the murmurs of “no, that’s my girl,” within moments of meeting a woman; it’s the whispers of ratings and the competitive “I’d f___ her”s that dismiss any notion of a woman’s free will and humanity; it’s the sly eyes that start at a woman’s face but rapidly make their way to her breasts; it’s the hand grazes across waists by strangers; it’s the unwanted whistles; it’s the unwelcome stares; it’s the cringe-worthy comments; it’s the list that never ends but that should never exist in the first place.

It’s the combination of small words and gestures that owners have claimed are “only” that: small. Until we remember that no matter how many people hear them or witness them, words drive all human thought and action; words inform every judgment we make; words can save lives or ruin them.

“And I have to tell you that I listen to all of this and I feel it so personally. And I’m sure that many of you do too… The shameful comments about our bodies. The disrespect of our ambitions and intellect. The belief that you can do anything you want to a woman. It is cruel. It’s frightening. And the truth is, it hurts. Enough is enough. This has got to stop right now.”

There are many ways to take a stand against sexual violence: